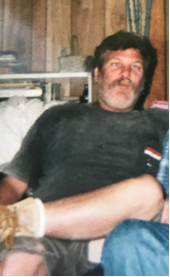 Lawrence Webb Hathorn was born on January 28, 1960, in Houston, Texas, to Buford and Annette Hathorn of Gilbert, Arkansas. His father passed away in 2011 and his mother is still living and remains in Gilbert, Arkansas. At the time Lawrence was born, his father was working a dragline and relocated the family to Texas. However, while Lawrence was born in Texas, he grew up in Laplace and Destrehan, Louisiana and spent much of his life in southern Louisiana. 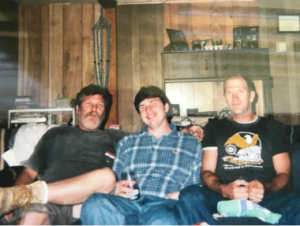 From Left to Right: Lawrence, Patrick, and Robert

Lawrence is survived by two brothers and two sisters. His brothers, Robert and Patrick Hathorn have lived in Arkansas since 2001. His sisters, Laura Hartmann and Judy Fritsch live in Virginia and Arkansas, respectively. Lawrence additionally has two children. A son, Ellis Hathorn, 33 and a daughter, Teresa Hathorn.

I had the wonderful opportunity of speaking with Lawrence’s brother, Patrick Hathorn and much of what I learned about Lawrence came from my conversation with Patrick. We had a very joyful and sincere conversation. Patrick was very open and happy to speak with me because he wanted to help with remembering his brother. A saying he referenced that helps him remember his brother goes “No one ever passes until their picture fades and their memory is gone”, and so he carries a picture of Lawrence in his heart.

Patrick is the baby brother of 7 siblings, and Lawrence was the oldest. There was an eight year difference between Patrick and Lawrence. Their brother Robert was three years younger than Lawrence. Ironically, Lawrence was the smallest brother physically, despite being the oldest. While Patrick was growing up, the father’s line of work kept them moving around a lot and when he was 16, the dad got a job as a Diesel mechanic supervisor, before settling the family in Arkansas. Lawrence was grown by this time and did not get to travel as much.

Growing up, Lawrence was a young- partying person and free- willed. Much like the rest of the family, since it wasn’t a very strict home. When Patrick was 20, he moved up to New Jersey to work with Lawrence on a campground. They spent the summer there and just really enjoyed themselves. However, they ended up being kicked out because they couldn’t pay the rent. It’s a funny story to look back on now and laugh. Patrick articulated that he was blessed to have had that experience because it taught him that life was not easy, and you won’t be given anything. There are going to be times when you don’t want to get up, or don’t want to do something but you have to get up and keep pushing forward.

Lawrence loved the Saints. The Saints were practically a religion of their own in the household. It was an agreed upon concept that anyone would rather talk bad about their mom, before the Saints, and mom concurred.

Unfortunately, the family lost two children early on. Lawrence had a brother to pass away at the age of 10 or 11, before Patrick was born. Lawrence and the brother were headed to church on a bike. Lawrence was riding on the back when they were hit by a car. Lawrence survived the accident and his brother did not. Some years later they had a sister to pass away from a car accident on Patrick’s 13th birthday.

Lawrence dropped out of high school in the 10th grade. There was a period when the family didn’t hear too much from him. He was an independent worker most of his life. He did a lot of construction work for others and himself. In fact, prior to Lawrence passing away, he was with Patrick and put down a new floor in Patrick’s trailer. This is a special memory for Patrick because now every time he looks at the floor, he is reminded of his big brother and the love he has for him. Patrick stated that while Lawrence was at his house he was experiencing heart problems and was often short of breath walking across the lawn.

Lawrence’s daughter, Teresa, talked about her love for her dad and his love for her and how he was such a great father. Teresa was born in 1990 and her brother Ellis is three years older than her. She describes him as the wild child, taking after their father. They grew up in Hamburg, Arkansas, located in southern Arkansas. They lived in an area called the Promise Land, which was a religious area. They moved the outskirts of New Orleans when she was 12 and Ellis 15. She went on to graduate from Riverdale High School. Their parents divorced when Teresa was around the age of 10. From that moment, Lawrence raised his two kids as a single father. 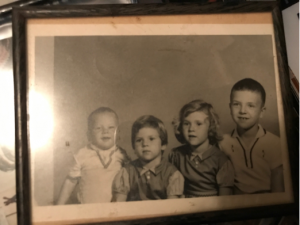 Lawrence is the littlest one in the picture

Growing up, Teresa remembers her and her father watching John Wayne movies and Hogan Hero, which was his favorite, therefore hers as well. Lawrence loved receiving any type of John Wayne gift and had plenty of memorabilia dedicated to him. She described her dad as being a storyteller. When she was little, he would make up all kinds of crazy stories to tell her. For example, one day Lawrence came home with half of a deer (someone else had killed the deer and he got half of it). Little Teresa asked what happened to the other half and Lawrence told her that when he was driving down the road, a deer came out by the car and he stuck his knife out the window and cut it. He was able to get half the deer before the other half ran away into the woods. Being a little girl, Teresa fully believed her dad. A week later, his pocketknife went missing and when he asked where it was, she told him it ran away with the other half of the deer. After that, this story became his absolute favorite to tell. It turns out the knife had fallen out of his pocket in the yard as he was on the tractor.

Growing up, Teresa preferred to hang out with her cousin, Robert’s daughter, versus going out with friends. They would stay up at night talking and goofing around. Robert’s daughter nicknamed Lawrence “Uncle Teapot” because for whatever reason she was scared of him as a little girl and so he would sing and dance to the “Little Teapot” every time he saw her. The nickname stuck from there.

Lawrence also taught Teresa to play cards. He would tell her that he was going to take her to the casino for her 21st birthday. Unfortunately, they never got the chance because she turned 21 one month after he passed away.

Teresa seconds the family’s love for the Saints. She says it’s basically a family requirement. She only made one request for her father’s home going ceremony and that was that he be buried in a Saints shirt (and he was). She currently resides back in Hamburg with her husband Luke and her brother Ellis currently lives Uptown New Orleans. Lawrence only got to meet Luke once. Lawrence unfortunately passed away while sleeping on July 27, 2011, at the age of 51. His final resting place is in Arkansas.

Special thank you to Teresa and Patrick for taking the time to speak with me and open up about their relationships with Lawrence. It was truly a pleasure and for that I am grateful.