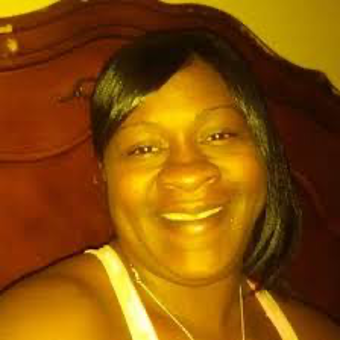 Kentrell Hurst died in the Orleans Justice Center over Memorial Day weekend in 2018. Her death, however, does not represent all of who she was. This dossier attempts to shed some light on Ms. Hurst’s life outside of her deeply sad arrest and death. By putting her life in context, this dossier attempts to illuminate the shortcomings of a system that failed one woman and her family, and that is likely failing many other people.

The story of Ms. Hurst’s life began on July 21, 1981, when she was born to Laverne Phillips. Ms. Hurst attended Alfred Lawless High School, a historic high school in New Orleans, Louisiana’s Lower Ninth Ward neighborhood. In 1999, Ms. Hurst dropped out of high school when she gave birth to her eldest child, Brie Marie. Before her death, Ms. Hurst had five children, who range in ages from twenty to seven.

It is unclear to me when the tragedies of Ms. Hurst’s life began. Her mother, Ms. Phillips, reports that Kentrell lost her father at the age of twelve. After Hurricane Katrina, Ms. Hurst, then twenty-four years old, was forced to move out of New Orleans. It may have been at that point that Ms. Hurst moved to Eunice, Louisiana. She lists Eunice as her place of residence on Facebook. Eunice is a rural town in St. Landry Parish that boasts “an abundance of wildlife and fabulous camping facilities,” and that their “tax base is much lower than comparable communities.”

But Ms. Hurst was a frequent New Orleans visitor, and likely a full time resident. Her last reported address is the right half of a bright yellow shot-gun home in the Seventh Ward. Google Maps shows a festive wreath on her door, but the photo was taken in January 2019, six months after her death. It is unclear who lives in the home now.

After returning to New Orleans, Ms. Hurst faced other difficulties, including as a victim of a violent crime in 2016.  The details of the attack are horrendous and included significant injuries.Ms. Hurst attended some of the court proceedings, including a March 22, 2018 hearing. However, when Ms. Hurst was ordered to testify against the accused attacker in April 2018, she did not appear in court. One can imagine the emotional difficulties of appearing in a court of law to testify against someone who you believed attacked you.. Not to mention the logistical concerns of getting to the Orleans Criminal District Court in the first place: transportation, taking time off from work, and child care are just the beginning of the list of barriers.

Ms. Phillips also reports that Ms. Hurst had an addiction to heroin.Indeed, when Ms. Hurst was suspected of stealing from a Robert Fresh Market Store in the Marigny on May 12, 2018, she dropped a backpack containing four syringes, cotton balls, and a medical strap. The items Ms. Hurst was suspected of stealing reveal that she was merely trying to meet the needs of her and her child. The NOPD investigated Ms. Hurst for stealing two packs of beef jerky, laundry detergent, and a bar of soap. A child, possibly her own, was with Ms. Hurst during the event, and they both fled the police on bicycles. The police were unable to apprehend them, but did find the detergent on top of a trash can nearby. Also in the backpack, Ms. Hurst left behind an NOPD missing person report that she had filed earlier in the day when she could not find her son. The police suspected that son was with her at the Robert that day.

These events show that Ms. Hurst was struggling in the month before her arrest and death. She could not afford household necessities, lost her young child for a day, and was using heroin. These truths urge outsiders to wonder how did we, as a society, fail someone so fully that she could not afford laundry detergent? Why is it that someone needed to steal from a grocery store twice in the same month for basic necessities? And how did we allow our local jail to fail to provide someone with easily-accessible medical care, resulting in her death?

Ms. Hurst arrived at Orleans Justice Center on a Friday. When she arrived, she told the medical officials that she had recently used heroin and alcohol. Correct Care Solutions, a private corporation now named WellPath, was in charge of caring for Ms. Hurst during her detoxification process. On Saturday and Sunday, Ms. Hurst complained that she was not feeling well, that her condition was worsening, and that she was distressed. However, Correct Care Solutions claims that Ms. Hurst refused to take her medications. For a reason unknown, CCS did not transport Ms. Hurst to the local hospital. On Sunday, May 27, 2018, CCS officials found Ms. Hurst unresponsive at 9:00 pm. They were not able to resuscitate her. It is unclear when the last time officials had checked on Ms. Hurst before she was found that evening.

As a result, Ms. Hurst died detoxing from heroin and alcohol in New Orleans’s local jail. How did this happen, when “[a]ll such deaths are preventable, given appropriate medical management”?

While these stories give us some context for Ms. Hurst’s life, they are not the entire picture. Unfortunately, I was unable to speak to the people who knew her best to provide their prospective. Luckily, Ms. Hurst maintained an endearing Facebook page during her life.

Ms. Hurst’s Facebook page is a sweet window into her world. Her Facebook presence is reminiscent of many thirty-something-year olds’ pages. She expresses joy and angst and a deep yearning for community. Ms. Hurst lists her nickname as “Poodie.” Her cover photo is an enchanting snapshot of a beach next to crystal clear blue water. She put a pink, heart border with the words “peace” and “love” over her profile photo, a snapshot of her standing proudly with her hands on her hips. Twenty-nine people liked and loved her profile photo. She uploaded the photo less than three months before she died.

Her posts show that Ms. Hurst was connected and engaged with her community. On March 15, 2018, Ms. Hurst made her last Facebook post. In it, she asks when the Reggae club was playing, and a few of her friends let her know how she could hear the music. Before that, she connected with another friend through a festive Facebook Card. On her daughter’s birthday, Ms. Hurst posted a PhotoGrid of photos of the two of them together and of selfies Brie Marie had taken. She wrote, “I Want U To Enjoy Ur Day to The Fullest. I Luv U And Wish You Many More.” Brie Marie responded, “Thank you mommie.”

Clearly, Ms. Hurst was well loved by the people in her life. Her death was preventable and deeply sad. All of us have a role to play in protecting each other from the horrors of death by incarceration.