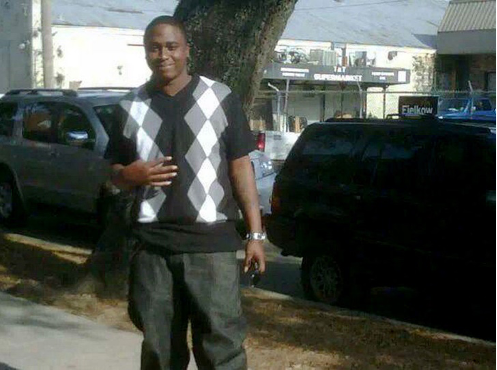 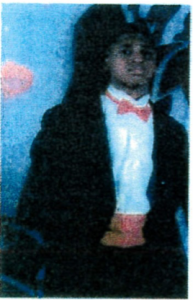 An individual’s life is filled with memories, stories, and varying sentiments – whether they’re good or bad. When a life is cut short, like the life of Tracy Barquet, Jr., it is important that their stories and their truth are heard.
Tracy Barquet, Jr.’s life tragically ended on August 7, 2010, while being incarcerated at the Orleans Justice Center (OJC) in New Orleans, Louisiana. Tracy is survived by his wife, Glenishe Rowe; his daughter, Tahjanae Rowe; his father, Tracy Barquet, Sr.; his mother, Arlene Riley; his sister, Stacey Barquet; and his brother, Corey Barquet. Since Tracy’s death, his family has been one of his biggest advocates for change in prison conditions at OJC. His father, Mr. Barquet, continues to fight in order to bring justice to his son and will continue to share his story with the world.

While the close of Tracy’s life was difficult and tragic, it does not define who he was as a person or the mark he left behind. Tracy Barquet was and is more than his charge.

Tracy was born in February of 1985, to a loving and strong family and was raised in the city of New Orleans. Tracy’s father, Mr. Barquet, remembers him as a good and kind young man who was always close with his family. He was a bright young man who took his education seriously. Mr. Barquet recalled that “when he was growing up, Tracy and his sister would battle to see who would make it on the honor roll.”

However, it wasn’t just academics that held young Tracy’s attention. He was also passionate about, and very involved in athletics. Tracy was a member of the football team while attending school. Tracy attended Francis W. Gregory Junior High School and later moved on to John McDonogh High School where he played as center and an offensive end. If Tracy wasn’t playing football, then he was playing basketball with his friends or family instead. In fact, one of his great past times and traditions was playing basketball with his father. Mr. Barquet recalled that no matter what, when he would ask Tracy if he wanted to play basketball with him, he would always be excited and ready to hit the court with him every single time.

Mr. Barquet had a strong and lasting relationship with his son. Tracy would frequently go to his father simply to have meaningful conversations with him. They would have conversations about their lives and future plans. “I always took the time to try and steer him in the right direction” said Mr. Barquet as he thought back to those good times with Tracy. The simple act of talking with his father had a tremendous effect on Tracy. As Tracy grew older and became a man, he continued to look up to his father and aspired to be as strong, kind, and hardworking as the man who raised him. When asked what Tracy’s dreams were, Mr. Barquet’s response was, “Tracy didn’t talk much about his dreams, but he always said ‘I want to be like you pops. I want to wake up early and go to work, just like you.’” As the years kept on, Tracy worked hard to try and do just that.

Prior to Hurricane Katrina, Tracy worked hard and obtained a leadership position as the manager of Rally’s Drive-In. He did well and thrived there but was forced to leave for safety reasons as the infamous storm grew closer. After the hurricane passed, many people were left out of work and searching for new opportunities – including Tracy. Due to the devastating effect of the storm, new employment opportunities were few and far between, and Tracy struggled to find a steady job. Adding to his hardship during this time, Tracy was involved in a car accident that resulted in him being hurt and requiring care. As a result, the combination of the uncontrollable harsh circumstances and prescribed medication for his injury, Tracy’s life took a turn.

However, the mistakes and difficult choices that Tracy made after the storm passed did not negate the good he had done and still continued to do despite what life threw at him. Tracy was known by many to be a very compassionate and caring man who put others before himself. People knew him to be a happy and good person to be around as he had such a glowing personality. Moreover, he was known to be a strong family man. Mr. Barquet noted that his son loved being around his siblings and family just for the simple act of spending time with them.

During his life he met a young woman named Glenishe Rowe, who later became his wife. When he met his future wife, she had a young daughter about the age of 5, named Tahjanae who became Tracy’s whole world. When asked if there was anything that was incredibly important to Tracy, Mr. Barquet replied, “His daughter. She was more important to him than anything. He loved spending time with her, and he cared for her as if she was his own. He loved her tremendously.”

Tracy Barquet, Jr. faced struggle and hardship like many of us do. Those struggles didn’t define him or change the fact that he was a good person to his core. He was a light that shined on many and was put out far too soon. Tracy will be forever remembered for his love, compassion, and kind heart. He will be remembered for the lasting effect he had on the lives of his wife, daughter, and many others. Tracy Barquet, Jr. is much more than his charge, and his life and the testimony of his loved ones prove just that.